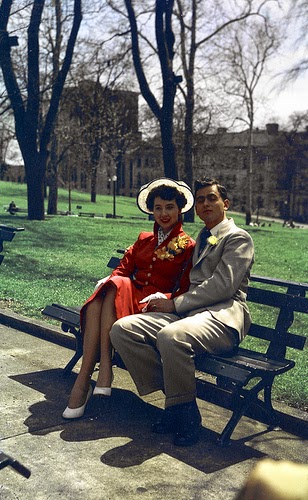 
In a recent study published in the Journal of Experimental Social Psychology, researchers Norbert Schwarz and Spike W.S. Lee put some of our most common romantic metaphors to the test. They wanted to know: Is it better to say things like your partner is your "other half" and your "soulmate?" Or would you be better off thinking about love as a "journey" and being proud of "how far you've come?"

These outlooks were divided into two categories -- unity ("my other half") and journey ("how far we've come") -- to test couples' relationship satisfaction. After getting couples to conjure these metaphor types in three ways -- through words, through pictures and through nonverbal tasks, like puzzles -- the researchers found that participants in the "unity" frame of mind were much less able to handle relationship conflict.

On the other hand, folks who were in the journey frame of mind were just as satisfied with their relationship whether they were in conflict or not. This type of thinking is echoed in traditional wedding vows ("for better or for worse, for richer, for poorer...").
(meer hier).
Gepost door pst op 06:42