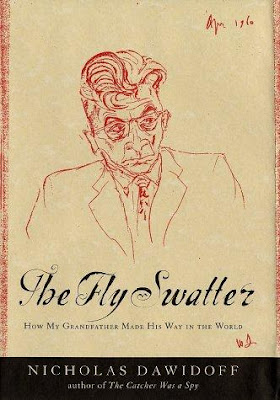 My grandfather, Alexander Gerschenkron, was always making dramatic declarations, and one day when he was in his fifties he appeared in front of his family to announce that he was giving up the morning newspaper. He had been looking into the matter, he said, and had discovered that the number of books even a non-newspaper-reading man could get through in a lifetime was so small -five thousand according to my grandfather's calculations- that permitting himself such a daily distraction was simply out of the question. My grandfather had been an avid reader of newspapers since the age of six, and he freely admitted that they had their pleasures and their virtues, but now, with some force, he promised that he would no longer submit to them. And he didn't; he never read the newspaper again.