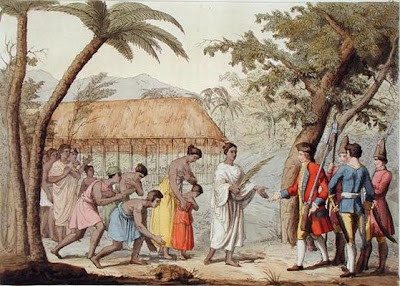 "When HMS Dolphin's sailors found that a twenty-penny iron nail could buy sexual encounter on Tahiti in 1767, neither sailors nor Tahitian men could believe their luck; whether the Tahitian women were as happy as their menfolk about this bargain goes unrecorded. Twelve days later, rampant inflation had set in and sex now cost a nine-inch marlinspike."*