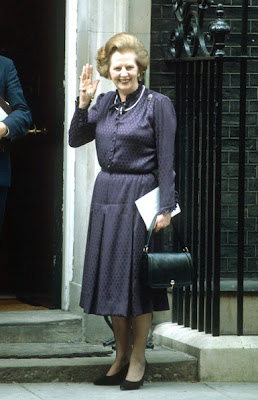 John Whittingdale, the Conservative MP who was her political secretary, said Thatcher used her bag as a symbol of authority. "She would produce it very visibly at big meetings to show she meant business," he said. Ex-minister Nicholas Ridley is said to have remarked in a cabinet meeting, when she had left the room, "Why don't we start? The handbag is here."