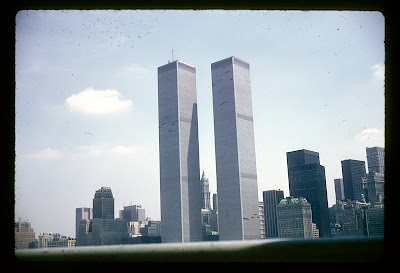 "Throughout its construction, the World Trade Center was cordially detested by all New Yorkers. The unpopular Rockefeller brothers were so closely involved in the financing that the giant buildings were known as Nelson and David; the giant buildings are owned by the even more unpopular Port Authority, which wasn't created to build and own huge office towers. Plus which, the financially desperate city didn't need two new 110-story office buildings and couldn't afford to supply them with services. And to cap it off, the rumour among the fifty thousand office drones who worked in the buildings was that the elevators shook, especially around the 85th floor."