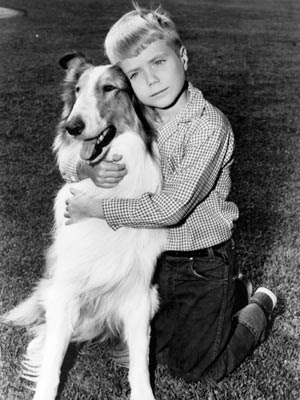 Lassie is a stage name for several dog actors. Despite the fact the character Lassie is female, all collies to play Lassie in the television series were male because male collies retain a thicker summer coat than females, which "looks better on television." Also, the male is larger and a child actor can play opposite the dog for longer before outgrowing him (wikipedia).