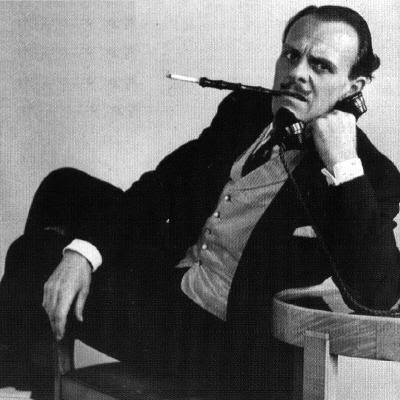 Thomas Terry Hoar-Stevens (14 July 1911 – 8 January 1990) was a distinctive English comic actor, known as Terry-Thomas. He was famous for his portrayal of disreputable members of the upper classes, especially cads, with a "toothbrush" moustache, the trademark gap in his front teeth, cigarette holder, smoking jacket, and catch-phrases such as "What an absolute shower!" and "Good show!", (wikipedia).