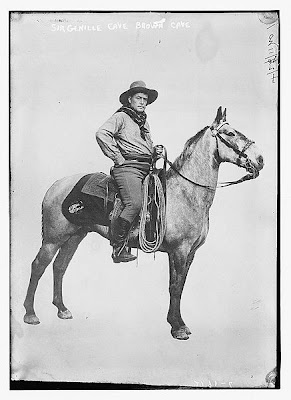 Sir Genille Cave-Browne-Cave (1869–1929) was a bartender and a cowboy as well as a baronet. He was the second son of Sir Mylles Cave-Browne-Cave, 11th Baronet (1822–1907). Genille's older brother died in 1880, making himself the successor to the title. While in the United States he was "busting bronchos, roping steers, and herding cattle in the West." He became engaged to a Denver, Colorado maid before his accession to his title and fortune, (wikipedia).