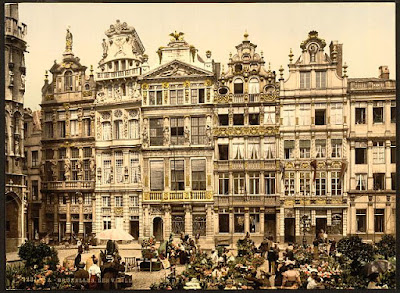 "One of the things which mainly attracted me to Brussels in the first instance was the evidence of happiness I saw there, notwithstanding the slightness of the material basis on which they rested. An American who had some business connexion there -this was in 1911- said to me one day, 'It's a queer place. From our point of view everything in the country is dead wrong, and yet they seem to be the happiest people I ever saw.'"