The Hills of Nagorno Brod 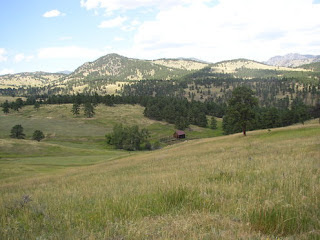 Once again, greetings from Anton from Syldavia! Erasmus-exchangestudent in The Tourist Sciences at the prestigious Provincial University of Harelbeke!

It has been an eventful day. My fellow students Elke, Shanaiah and Britney told me of another very interesting Belgian tradition. During the Summer Season, they explained, it is customary for the boyfriends to take their girlfriends on Last Minute Holiday Trips. This is, I was told, a custom which is supposed to guarantee that the young couples will later have a happy marriage and will be blessed with numberous children. Unfortunately, my fellow students explained, they were unable to participate in this wonderful and very ancient tradition, because they would daily have to work on this blog.

I deduced from the expression on their faces how their hearts longed to perpetuate this age old custom. Therefore, I suggested that I could do the blog for them. It took a while for me to convince them, but finally they agreed. Elke, Shanaiah and Britney are now on their way to the Turkish holiday resort of Antalya. Perpetuating a very old Belgian custom.

I regret that we in Syldavia don't have this wonderful ancient tradition. In Syldavia, when a boy reaches the marriageable age, his father goes to the market and buys a bride. Sometimes, if you are lucky, the bride does not have a beard or a moustache. However, we seldom are lucky in my country.

On the picture, you see the Hills of Nagorno Brod. In these hills, my family has always lived. During the Cherry Picking Season, we pick the cherries which we later make marmalade from. The rest of the year, we raise the rabbits, which we sell to eachother or trade for pots of cherry marmalade. Later, after having finished my studies in the Science of Tourism at the prestigious Provincial University of Harelbeke, I will return to Nagorno Brod and start my own Holiday Resort. Tourists will be able to pick cherries themselves and participate in the marmalade making. They will also be able to hunt the rabbit. It will be so exciting!

Tomorrow, I go to Holland on an errand for another fellow student. He has asked me to do something for his grandmother who is very ill and who he is nursing on her sickbed. Apparantly, she needs some Medicinal Herbs that can not be bought in Belgium. He has given me the adress in Maastricht of a place called The Coffeeshop. There I will have to ask for the traditional herbs called Nederwiet.

I really do hope that my fellow student's grandmother will get beter from this Medicinal Herb called Nederwiet! Next to cherries and rabbits, the most important thing in life is the family, we Syldavians always say.

Greetings from Anton from Syldavia! Erasmus-exchangestudent in The Tourist Sciences at the prestigious Provincial University of Harelbeke!
Gepost door pst op 10:37