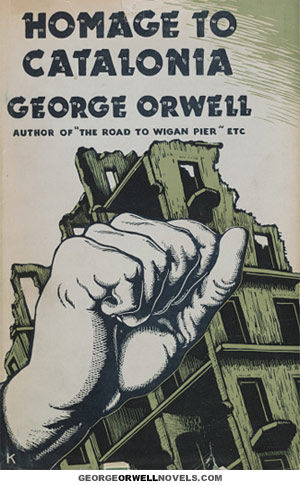 
A document notes that he had tattoo marks on the backs of his hands - not evident from published photographs. Adrian Fierz, son of the friend who helped Orwell find his first publisher, spotted the tattoos and asked about them. "They were," he recalled, "blue spots the shape of small grapefruits - one on each knuckle."
As this information was on Orwell's 1927 passport it can be presumed he acquired the tattoos in Burma. He was never a properly "correct" member of the Imperial class - hobnobbing with Buddhist priests, Rangoon prostitutes and British drop-outs. As Orwell himself noted, rebellious Burmese tribesmen thought tattoos gave magic protection from British bullets, and, as he himself grew more rebellious, perhaps he felt in need of his own protection against official hostility. The tattoos were probably a sign to members of the British establishment in Burma that he was not "one of them" - an attitude he sustained throughout his writing career.