Straks even de stad in 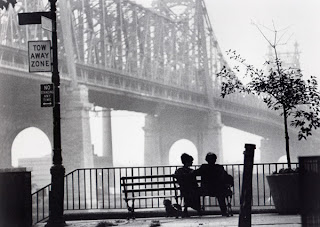 50 things I love about city life
Eric A. Jacobsen
The chiaroscuro of sunlight filtering through the trees on the sidewalk. Faded lettering on bricks giving evidence of a building's former use. Restaurant tables on the sidewalk filled with people who are enjoying a pre-dinner drink. Upper-storey windows that open and allow residents to lean out and observe street life below. Children playing in pocket parks protected from traffic by a sturdy fence. Christmas lights spilling their warm glow onto the sidewalks while highlighting different shapes in the buildings by night. The flash flood of human activity on the street when a theatre lets out. The play of reflected light on wet pavement. Having a choice to drive, walk, or take the bus to destinations. Street performers on the sidewalks. Fresh flowers purchased at open-air markets and brought home in the front basket of a bike. Tamale carts. A grid block network allowing one to choose multiple routes to any destination. View corridors that terminate with a church or monumental public building. The reading room in grand, public libraries. Skinny streets that force cars to drive carefully and give pedestrians the advantage. Sidewalk corners with the names of streets stamped into them. Church bells ringing before worship.The smell of ethnic, specialty markets. Historic street lamps. Wrought-iron benches. Lying on blankets with the whole family at the outdoor movie in the park. Walking home late at night and feeling safe because you're not the only one on the street. Alley walks in residential parts of the city. Railway stations that once were the gateway to the city and remind us that 'urban' and 'grandeur' used to be associated terms. Well-kept window boxes. The morning lineup for the really good coffee in town. A real plaza that feels like an outdoor room. Used bookstores with a changing collection of good books on display in the window. Buildings with unnecessary ornamentation. A jog in the sidewalk that makes room for an ancient tree. Magazine kiosks that sell international newspapers. A street that uses its street-wall effectively and feels like an outdoor hallway. Downtown churches that still have a bit of life in them. A row of brownstone buildings with good steps for hanging out. Urban parks with a water feature that draws young and old on summer evenings. A neighbourhood or city with a clear sense of its centre. A boulevard with mature trees. A bridge scaled for pedestrian use that crosses over a river. Adaptive re-use of old buildings. Surprise pedestrian paths that allow short-cuts at mid block. Whimsical public art on which kids can climb. The sight of Orthodox Jews walking to synagogue on Saturday morning. Harvesting fruit from trees that grow over fence lines. Getting drawn into a conversation at a café on the way home and losing track of time. A morning run to the bakery for pastries and the newspaper. Kids in school uniforms waiting for the public bus. Hotels with grand lobbies. The discordant rhythms of pick-up basketball players, roller bladers, and skateboarders enjoying an urban park. Walking at midnight confident that you will find something to eat within a few blocks.

City comforts: How to build an urban village